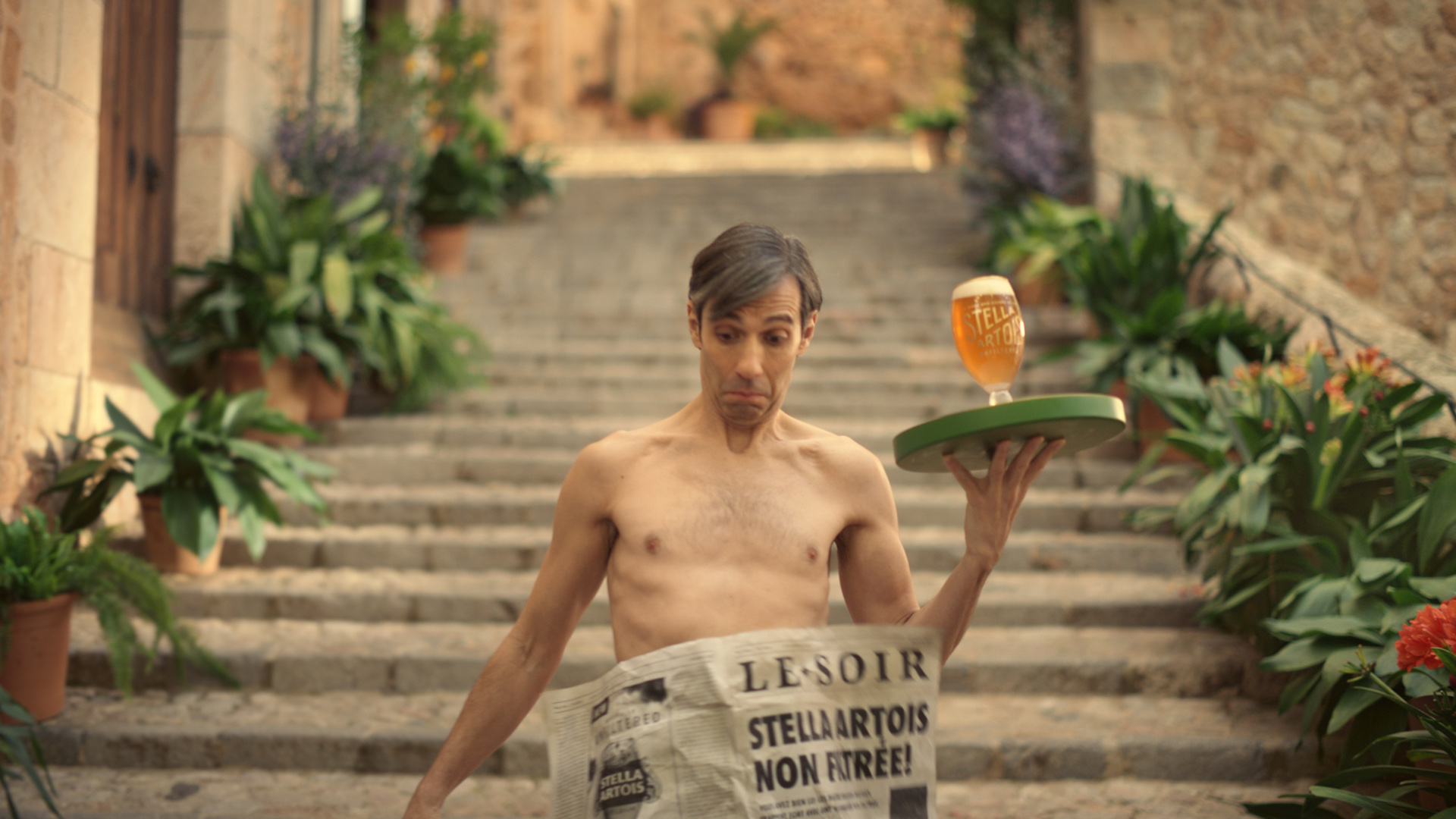 Stella Artois has gone back to its roots by launching a premium Unfiltered lager. Titled “Beer, au naturel”,  the new campaign tells the story of a charming European town where people live as naturally as the beer they drink. The nudity of the inhabitants acts as a striking metaphor for the stripped back brewing process that allows the fresh flavors of Saaz and Mandarina Bavaria hops to burst through.

As the TV ad follows the journey of a naked barman delivering a freshly poured pint of New Stella Artois Unfiltered to his customers, the posters let us delve further into the slow-paced daily life of the village’s residents. 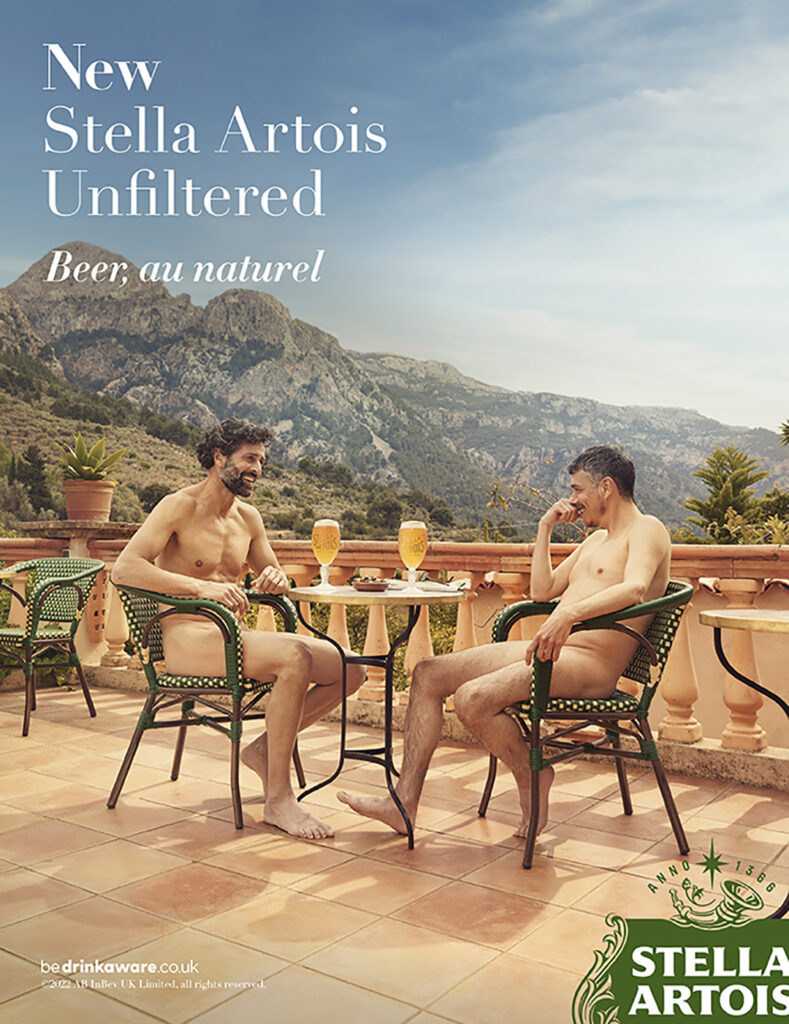 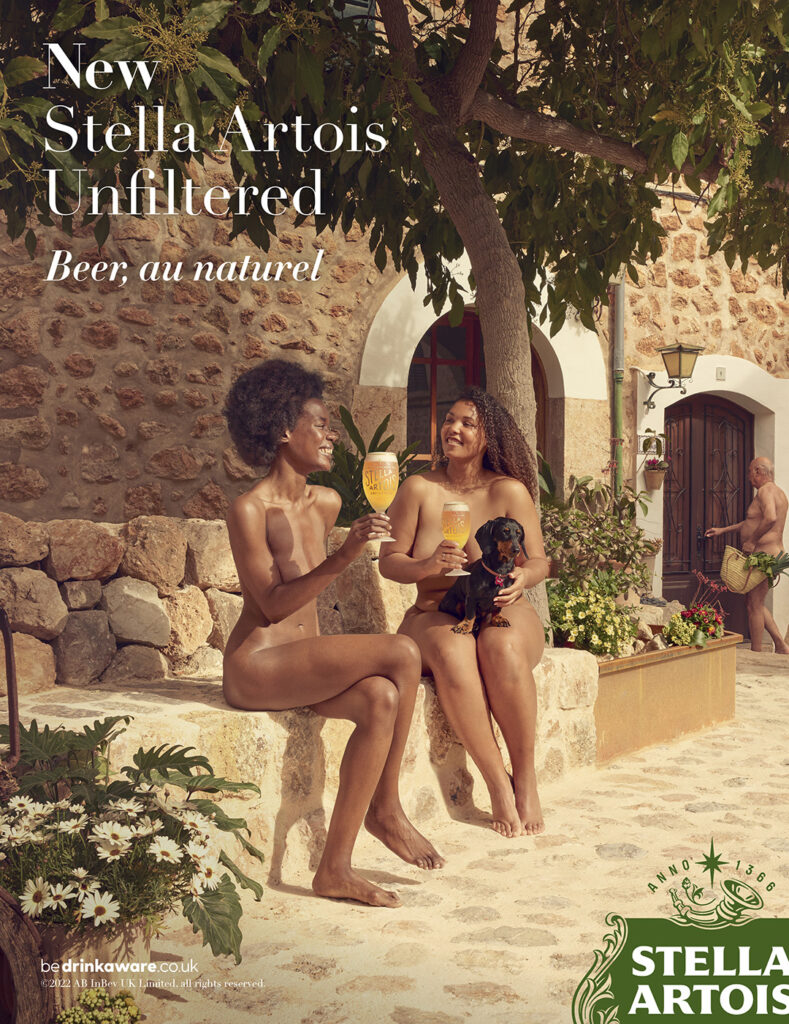 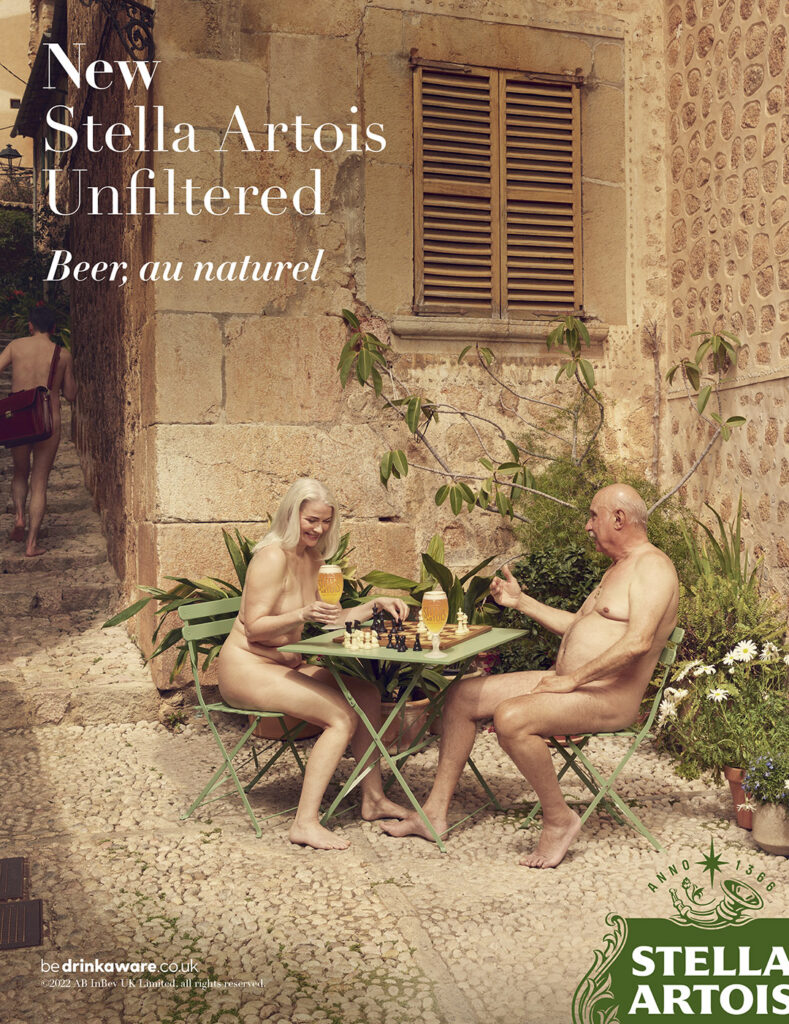 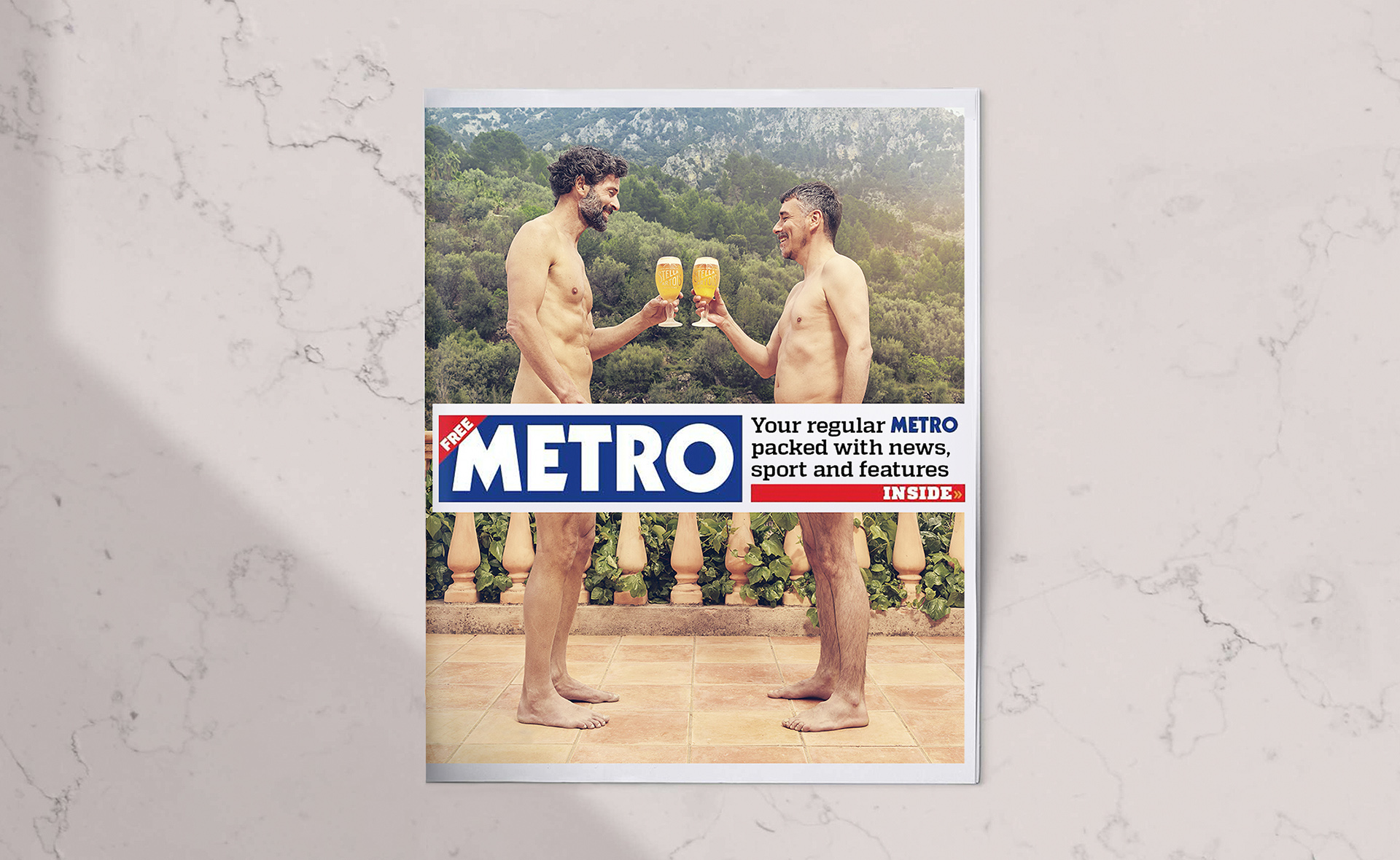 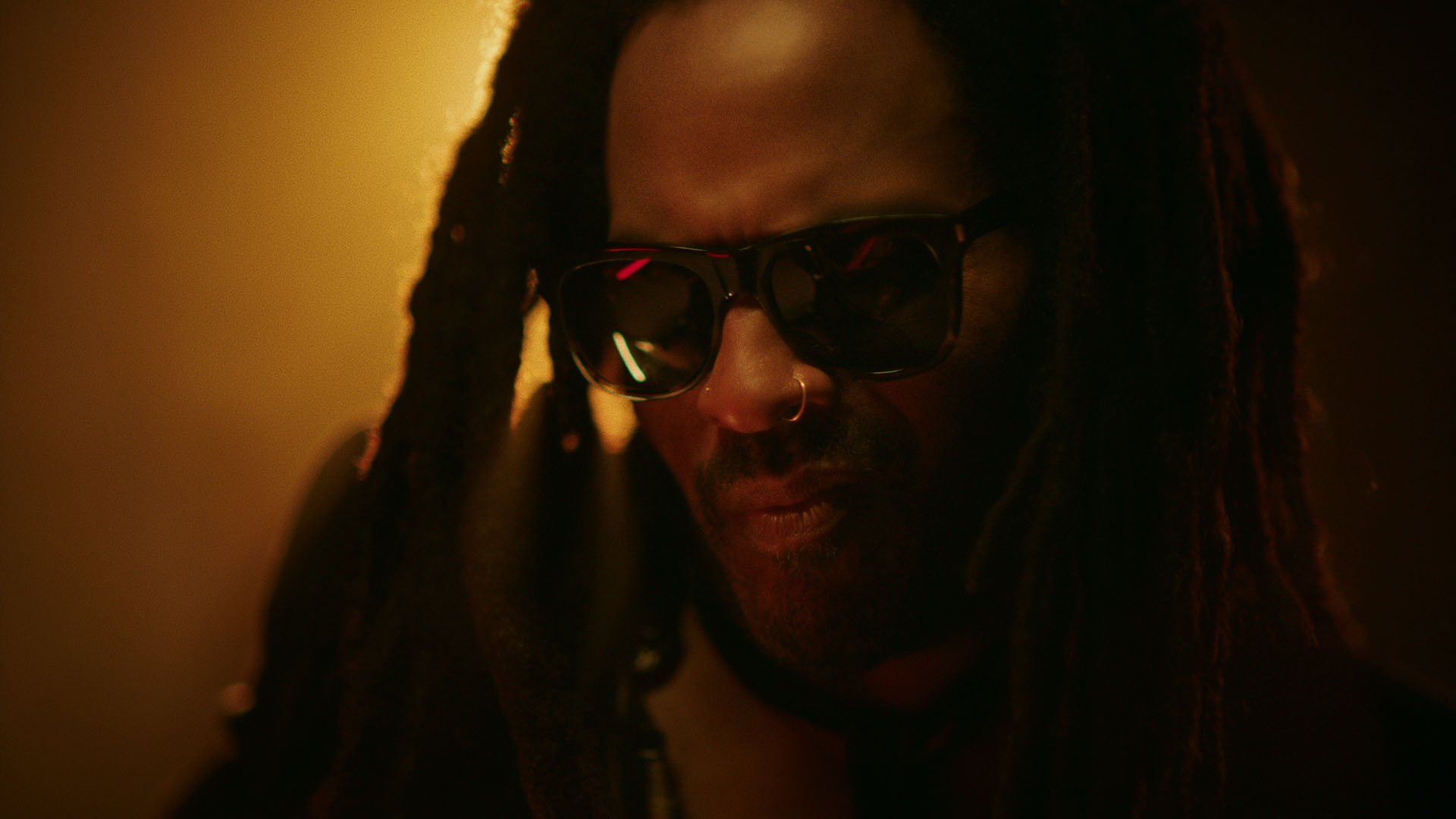 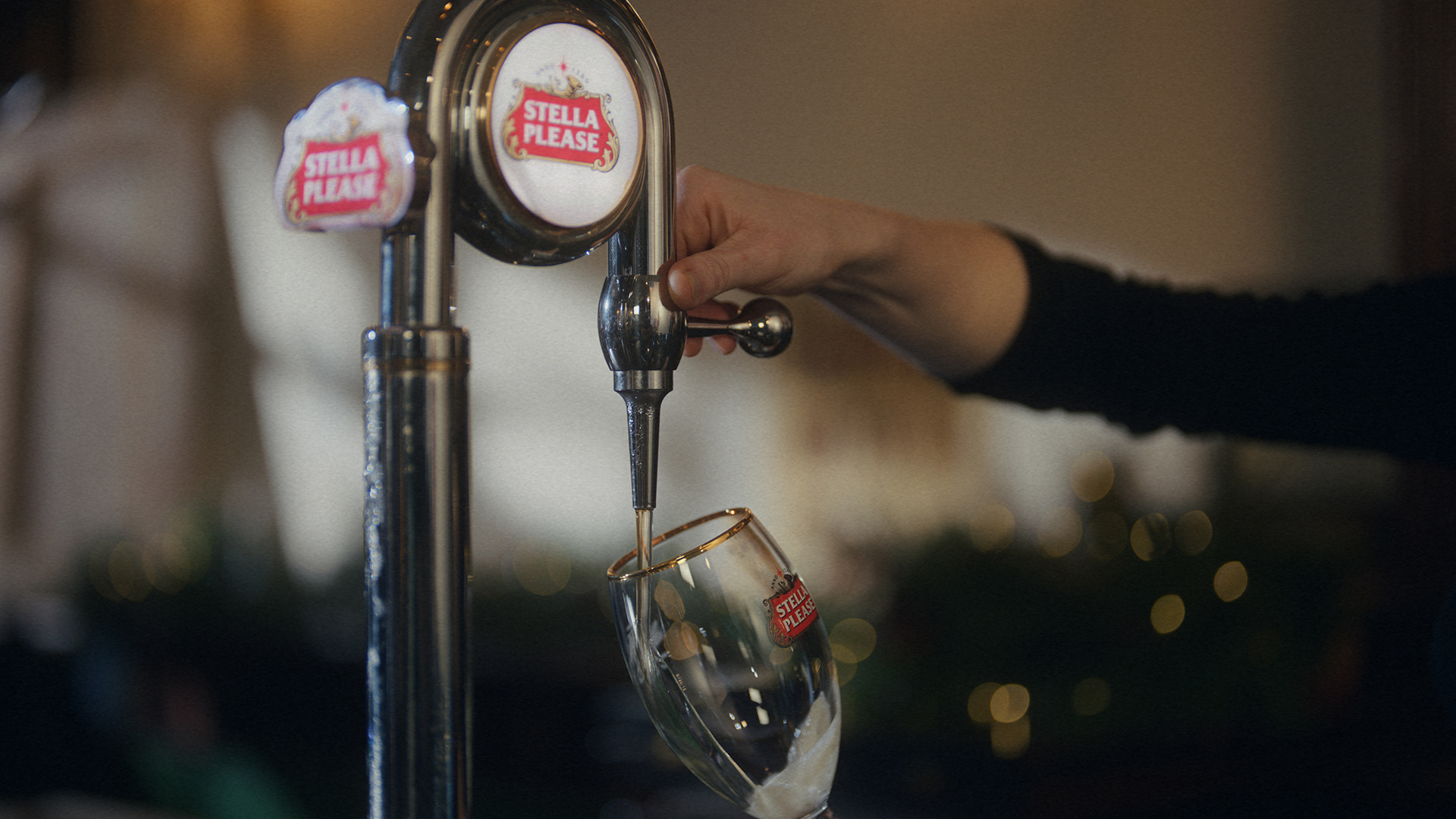 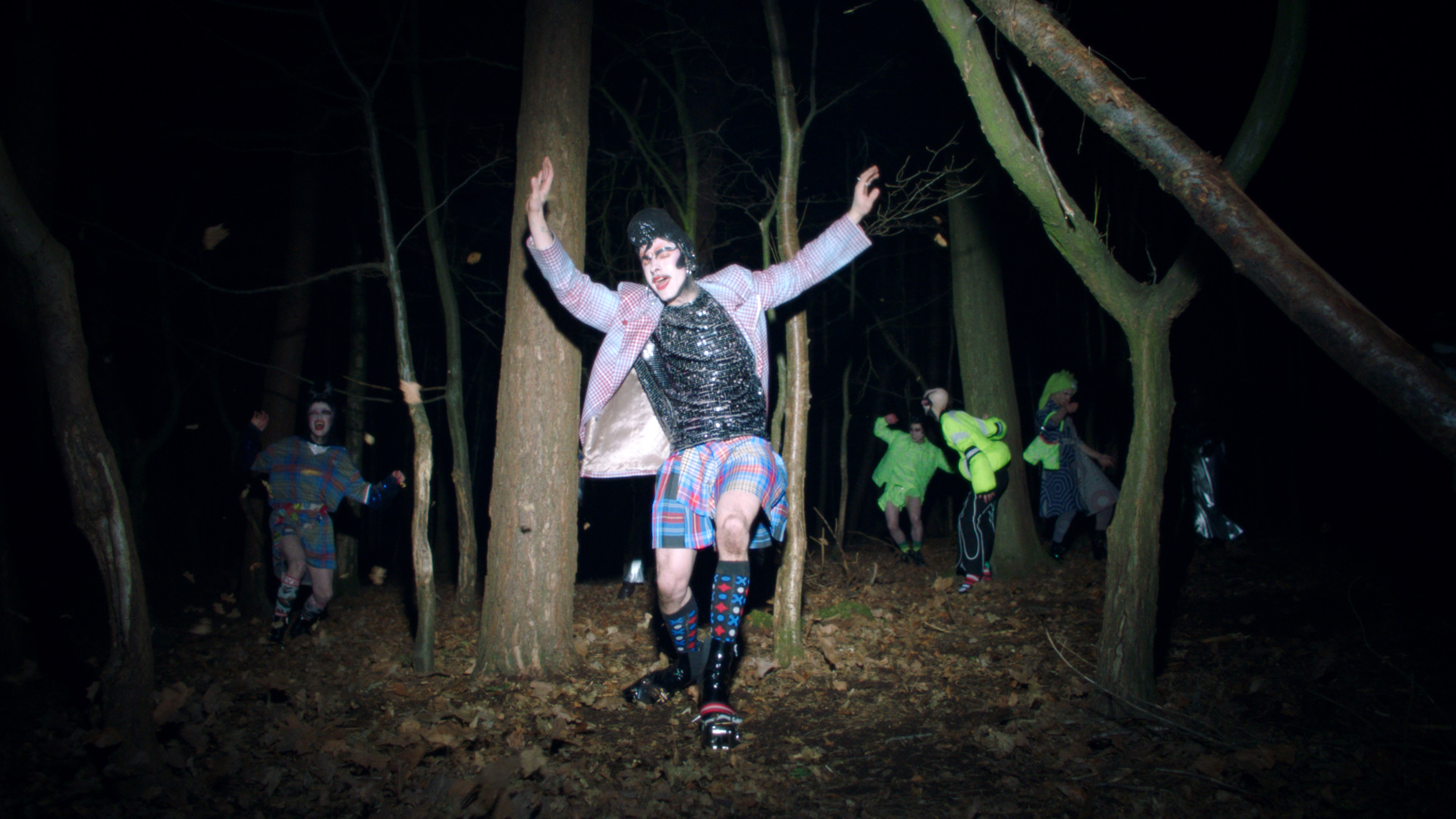